COMPLIANCE vs SECURITY: MUSINGS ON THE VERIZON PCI COMPLIANCE REPORT 2015

Well, it’s the start of all those analytical reports for 2015 and I'm glad that this one is out to give us an account on PCI across the world…
In this year’s report, for an account of breaches in 2014, we have a new addition on the analysis of usage of compensating controls and compliance sustainability… Interestingly, whilst compliance across the case load showed an increase of 80% for companies that validated compliance, it still represented only 20% of organisations assessed, and unfortunately, many fall out of compliance rather rapidly with nearly a third of organisations falling out of compliance less than a year after successful validation… It’s the old potato again: those organisations that haven’t embedded security in their DNA will only ever treat it as a compliance exercise and forget about it until the next time an assessment is due...


One encouraging trend however is the fact that compliance across all 12 requirements went up for all but one of the 12 DSS controls: 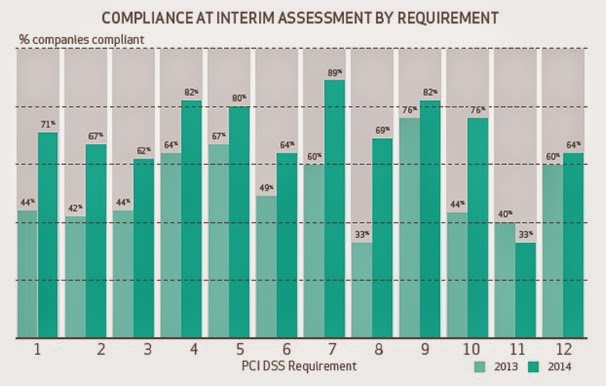 In other words, this is where companies have been mostly spending their efforts: 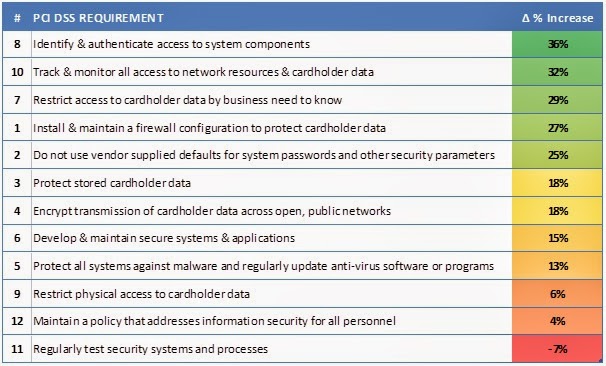 This left me pondering for a minute or two, given that 2014 gave us very substantial breaches that involved lost credentials, and that those very same breaches had in common the fact that they took a long time to discover and all organisations were notified of those breaches by third parties…

I was therefore forced to deduce the following:

All in all, we can deduce the following points:

Unfortunately, this means that good efforts were cancelled out and businesses continue to think that information security is a technology matter.... Let's remind ourselves of that oldie but goodie:

PEOPLE, PROCESS, TECHNOLOGY:
AN INFORMATION SECURITY STRATEGY MUST BE TRILATERAL.


Until next time,
neirajones
Posted by Neira Jones at 11:27 am

PAGES ON THIS SITE